Explore the special marine areas that make up the Pacific Islands’ national marine sanctuaries and marine national monuments. From the far shores of Kure Atoll, through the main Hawaiian Islands and southwest to American Samoa, the Office of National Marine Sanctuaries spans America’s Polynesian isles–over 5,000 miles through the central Pacific.

This unique project showcased the extraordinary photos from the Office of National Marine Sanctuaries Earth Is Blue campaign in the Pacific Islands region in partnership with the Waikiki Aquarium. As part of the University of Hawaii, the Waikiki Aquarium features unique Pacific marine species and with a focus on education, outreach and research.

Papahānaumokuākea Marine National Monument, one of the largest protected area in the United States, stretches the length of the Northwestern Hawaiian Islands. Co-managed with the State of Hawai’i and the Department of the Interior, the monument preserves one of the most pristine areas of coral reef in the world.
http://www.papahanaumokuakea.gov

Hawaiian Islands Humpback Whale ranges throughout the main Hawaiian Islands, with areas off six of the eight main islands. Protecting endangered humpback whales and their habitat, the sanctuary engages in education, research and rescue to meet their mission goals.
http://hawaiihumpbackwhale.noaa.gov

National Marine Sanctuary of American Samoa is the only site located below the equator and in a U.S. territory. Along with co-managers in the American Samoa government, the sanctuary protects pristine coral reefs at six locations throughout the territory.
http://americansamoa.noaa.gov 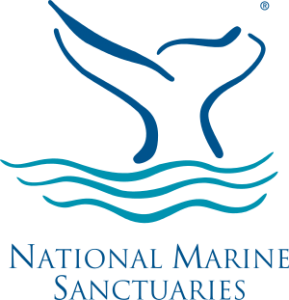