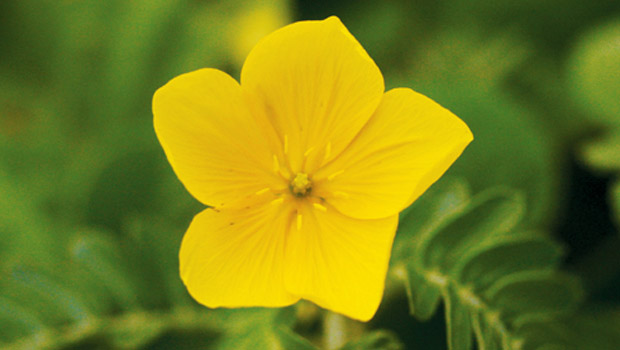 Sadly, human activities have altered or destroyed the natural profile and vegetation along much of Hawai‘i’s shores. Some shoreline developments and homes are built on the shore rather than behind it; landscaping often uses exotic ornamentals rather than adapted native plants. On less developed shorelines, recreational activities like, camping, and even hiking on the dunes, break the protective cover of vegetation – causing dunes to erode, and allowing aggressive weeds crowd out remaining native species.

Waikīkī once had a different profile and vegetation than we see today. The Waikīkī Aquarium’s Coastal Gardens provide a glimpse of the diversity of this important native habitat, its fascinating plants and their adaptations. The Aquarium has expanded its plantings and helped restore a bit of Waikīkī’s natural lei of native coastal plants. More than twenty native plant species are currently established in the Aquarium’s gardens.

Nohu, is an herbaceous spreading groundcover plant, with beautiful yellow flowers. As its common name, puncture vine, describes it is one of a few native Hawaiian plants with substantial thorns. The large thorns are on the seedpods that drop from the plant and scatter. Nohu is also the name of a scorpionfish that defends itself with poisonous spines.