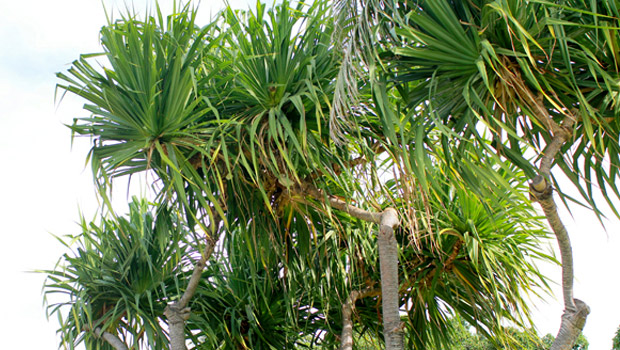 Hala is a clump-forming tree seen in coastal and lowland wet forests. Roots that help to stabilize the tree, called prop roots, give this plant a distinctive appearance. This plant was extremely useful to early Polynesian settlers and was brought with them on their canoes. Hala leaves (lauhala) have a variety of uses including mats, hats, baskets, and home building. Recent evidence revealed that hala was brought by Polynesian settlers, and it naturally dispersed to Hawai‘i by floating seeds. This plant is now categorized as indigenous.