The green sea turtle Chelonia mydas is the largest of all the hard-shelled sea turtles, reaching up to 350 lbs (160 kg) in weight and 3 ft (1 m) in shell length. The species is globally distributed, occurring primarily in tropical, but also in subtropical, waters along continental coasts and islands between 30° North and 30° South. Green turtles are thought to inhabit coastal areas of more than 140 countries and nesting has been recorded in over 80 countries.

Green sea turtles do not achieve sexual maturity until 20-50 years of age. Every 2-4 years, adult females migrate from foraging areas to mainland or island nesting beaches where they lay eggs, and may travel hundreds or thousands of miles each way. Adult green turtles that feed in the coastal areas throughout the main Hawaiian Islands are genetically distinct from other green sea turtle populations, and undergo a long migration to French Frigate Shoals in the Northwest Hawaiian Islands, where the majority of nesting and mating occurs.

During the nesting season, which is generally in the summer months, females nest at approximately two-week intervals. They lay an average of five nests, or “clutches,” which contain an average of over 100 eggs. These incubate in the nest for approximately two months before hatching, which generally occurs during the hours of darkness. The turtles are 2 in (50 mm) and 1 oz (25 g) at hatching, and crawl to the sea and swim offshore to spend their first years in the open ocean. These years are sometimes referred to as the “lost years” since nobody knows exactly where the hatchlings go during this time. However, they are believed to constantly swim and drift in the ocean currents and feed close to the surface on a variety of pelagic plants and animals.

After several years of swimming and drifting at sea, juvenile sea turtles return to nearshore reefs where they spend their adult lives. Once they move to these nearshore benthic habitats, sub-adult and adult green turtles are almost exclusively herbivorous, feeding on sea grasses and algae. They are unique among turtle species in having this herbivorous diet, which is believed to give them greenish-colored fat, from which they take their name. The maximum age of green sea turtles is unknown.

Analyses of historic and recent abundance information by the Marine Turtles Specialist Group (MTSG) of the IUCN indicate that extensive population declines have occurred in all major ocean basins over approximately the past 100-150 years. The principal cause of this historical, worldwide decline of the green turtle is long-term harvest of eggs and adults on nesting beaches and juveniles and adults on feeding grounds. These harvests continue in some areas of the world and compromise efforts to recover this species.

In the U.S., NOAA Fisheries and the U.S. Fish and Wildlife Service (USFWS) have joint jurisdiction for green turtles, with NOAA taking the lead in the marine environment and USFWS taking the lead on the nesting beaches. Both federal agencies and a number of state agencies have promulgated regulations to eliminate or reduce threats to sea turtles.

Green sea turtles are the most common species of sea turtle found in Hawaiian waters, and the population is the best documented among the various sub-populations of this species. As of the 1970s, the green sea turtle was in a steep global decline. Within Hawai‘i, thanks to protection from harvesting and the efforts of individuals and groups who monitor and guard nest sites, the Hawaiian green sea turtle population has increased by more than 50% over the last thirty years after protection began in 1978.

Information on population trends for other Pacific populations is limited. However, a 2012 Hawaiian Green Sea Turtle Assessment conducted by the MTSG classified green turtles as endangered globally. Its analysis of population trends at 32 index nesting sites around the world found a 48-65% decline in the number of mature females nesting annually over the past 100-150 years. In addition to harvesting of eggs, juveniles and adults, other serious ongoing sources of mortality that also adversely affect the species’ recovery include incidental capture in fishing gear, primarily in gillnets, but also in trawls, dredges, traps and longlines, and in some areas of the world, the viral disease fibropapillomatosis. 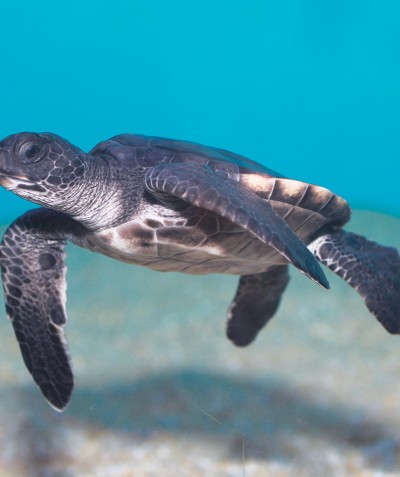 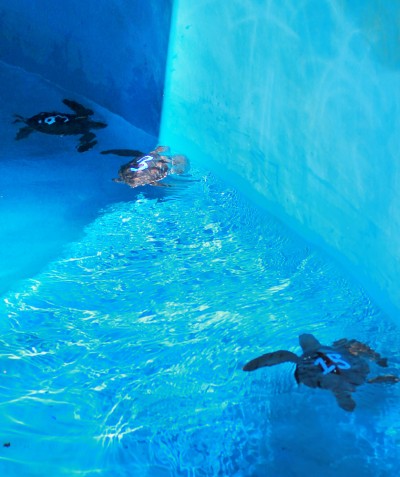