Research at the Waikīkī Aquarium is as diverse as the organisms it houses. Research is either gathred in-house by aquarium biologists, or in collaboration with scientists and researchers from the University of Hawai‘i and other institutions of higher learning.

The Protected Resources Division of the Pacific Islands Regional Office of the National Marine Fisheries Service (NMFS) has developed an Endangered Species Act (ESA) Species of Concern (SOC) Program. These comprise species that NMFS has concerns about regarding status and threats, but for which insufficient information is available to indicate the need to list the species under the U.S. Endangered Species Act.
One of the Pacific Islands region species of concern in which the Aquarium is playing a major role in conservation is the inarticulate brachiopod Lingula reevii.

Lingula is a genus of brachiopod, an ancient group of animals superficially similar to bivalve mollusks in having two shells. Lingula has existed since the early Ordovician Period, some 485.4 – 443.4 million years ago, and is considered a living fossil. Like all brachiopods, it is a filter feeder and can be distinguished from mollusks in having different dorsal and ventral shells (bivalves have mirrored right and left shells), and by having a stalk, or pedicle, that extends through a hole near the tip of one of its shells. Eleven species are known.

One of these species, Lingula reevii, is endemic to Hawai‘i, and is both rare and extremely localized, occurring only on an isolated sandbar in Kaneohe Bay on the island of O‘ahu. The species’ status is considered to be at a high risk and is a U.S. National Marine Fisheries Service Species of Concern. Lingula burrows vertically in sand, leaving a characteristic three-hole siphonal opening at the surface. When disturbed, a rapid contraction of the pedicle pulls the animal below the surface and the siphonal openings are reduced to a slit. This species is capable of upward burrowing through a sediment layer, even if the animal has to detach the pedicle.

In 2007, the NMFS awarded the Waikīkī Aquarium a grant to try to maintain L. reevii in captivity, something that had never been done before. Thanks to the expertise and dedication of Aquarium biologists, this was done successfully. As a result, NMFS provided extra funding in 2009f or an expanded project aimed at breeding in this species in captivity.

Only the basic biology is known for this species. Lingula has separate sexes, and gametes are shed into the water column for external fertilization. There is no metamorphosis: embryos develop into a free swimming larva that looks like a miniature adult. It develops a shell while planktonic, and as additional shell material is laid down, the animal sinks to the bottom, and takes up its benthic adult existence. The lifespan of Lingula spp. is estimated to be 5 to 8 years.

The Aquarium houses two experimental holding tanks in which physical variables can be adjusted experimentally. While we have been able to successfully maintain these animals – many for several years – we have not yet observed spawning of these animals in our tanks. However, we are confident that once the animals have acclimated into their research tanks and achieved sexual maturity, spawning will occur. We will then shift our attention to investigations of fecundity, habitat selection by larvae during settlement, growth rates, and other information that will be applied to data on the distribution of this species in the wild. 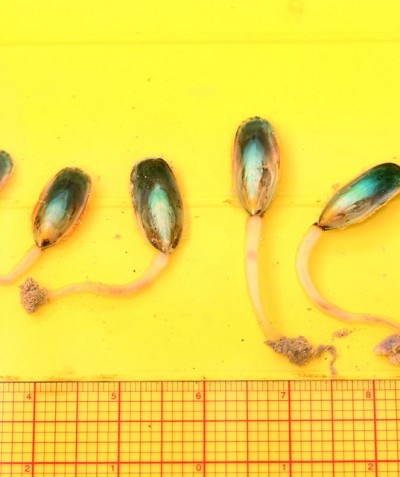 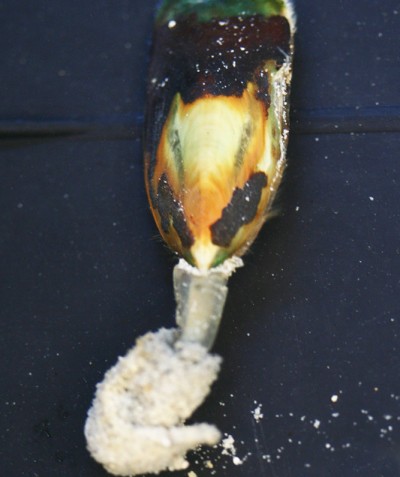 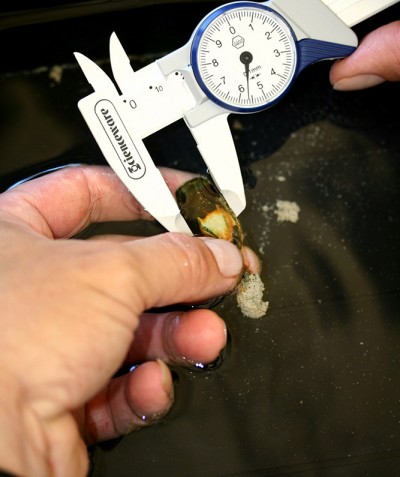 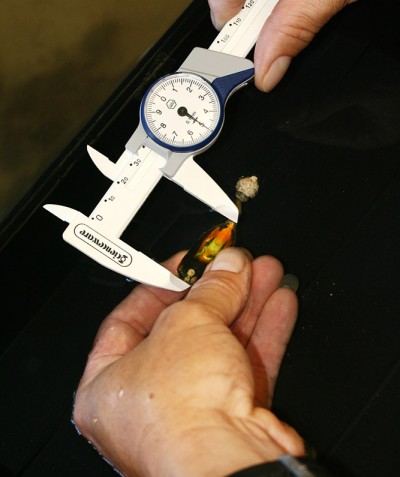 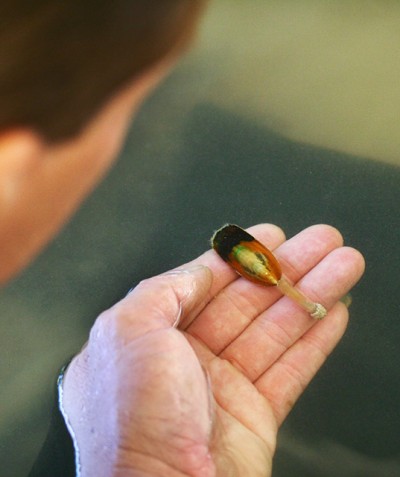 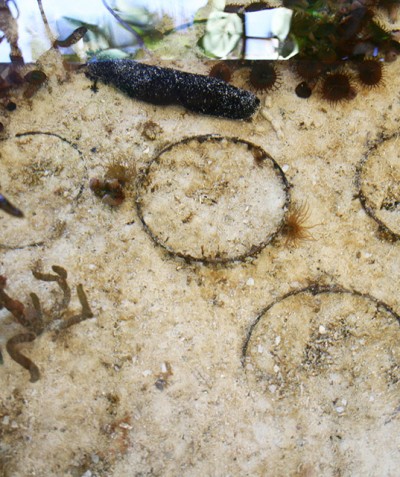