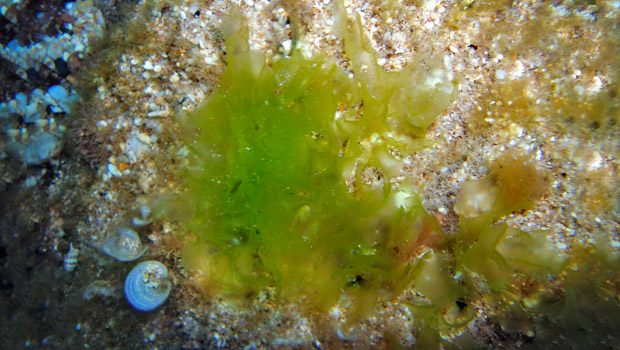 Seaweeds, called limu in Hawaiian, include a wide variety of marine algae. These marine plants are the basis of the food web on reefs and rocky shores. In Hawai’i, limu are found in many marine environments from tidepools to deep reef slopes. Most seaweeds also need a hard surface of rock or coral on which to grow, few are found in sandy environments. There are over 600 different species of seaweeds in Hawai’i.

Sea lettuce, Ulva fasciata, is species of green seaweed and is one of the most common species found in Hawaiian waters. It is often seen in the intertidal zone. Limu palahalaha, was used as both a food source and an adornment in traditional hula attire.

Distribution:
Widespread in the Pacific and Indian Oceans and the Caribbean Sea