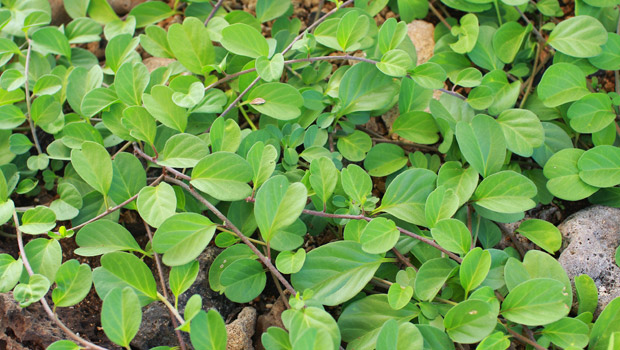 Waikīkī once had a different profile and vegetation than we see today. The Waikīkī Aquarium’s Coastal Gardens provide a glimpse of the diversity of this important native habitat, fascinating plants and their adaptations. The Aquarium has expanded its plantings and helped restore a bit of Waikīkī’s natural lei of native coastal plants. More than twenty native plant species are currently established in the Aquarium’s gardens.

A member of the morning glory family, pohuehue is an indigenous coastal plant that grows as a long trailing vine. It forms a dense groundcover that is important for erosion control along sandy shorelines. Pohuehue have small pink to lavender flowers with purple centers. This vine was occasionally used as cordage by early Hawaiians and as lei.

Distribution
Hawai‘i and the Tropical Pacific